The good news is that on Saturday when I lunged Katai she looked so much better! Not only did she seem to be over her mare issues but the break had done her some good and she looked loose and relaxed but strong.


The bad news is that as of [VERY] early this morning I'm in Seattle for a whole week...

The timing could have been better but I'm glad that she's feeling better and a little vacation will probably do both of us some good. 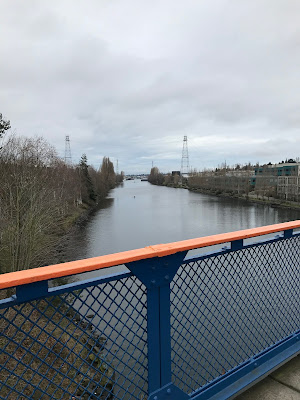 It's in the 50s here and since it dropped back down to the single digits at home it's a nice break even if it is typical rainy Seattle. Oddly enough I haven't had to deal with rain much when I've been here so far so it looks like this week is going to make up for it.

Usually I have a rental car but this time I don't so I probably won't be able to get to the other tack shop that I'd like to visit. I will be back in April/May though so likely I'll be able to do that then!

In the meantime I don't think I'll have much to blog about for the next week, or much time to blog, so it will probably be pretty quite until next weekend. I already can't wait to get back and see my girl!
at March 12, 2017