Dancing in the Shit Show

*To preface this post, Katai's abscess burst!!!! Now onto your regularly(?) scheduled programing* 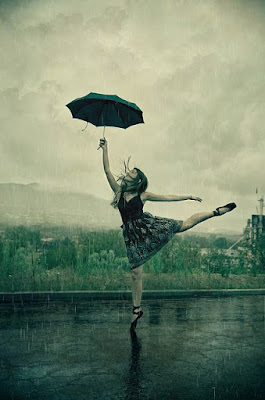 Back in August I wrote a post that I called Dancing in the Rain about how I was continuing to try despite lots of chaos in my life. Now in December I feel like the chaos and stress has increased but I’ve managed to keep dancing. You can find the August post here if you’re wondering what I’m talking about.

The end of this year has not been kind to Katai and myself. After the move Katai clearly wasn’t herself and I think that the significance of the change just affected her more than I ever thought it would. It showed up in sensitive feet, then ulcers, then thrush, and then an abscess (the first she’s ever had). Some of these are probably directly related to the move and the change in her living situation but some of them probably were random occurrences that just happened at the wrong time. I’ve complained on here quite a bit about it but outside of the blog I’ve been really proud of the way that I’ve just dug in and worked hard to find fixes despite these things happening.

When I figured out Katai had ulcers for example I dropped everything else in my personal life and started going to the barn every day, rain or shine, despite if I was exhausted, stressed, anxious, or had other things going on. I made it out 35 days in a row with no break before missing 2 days due to a snow storm and Thanksgiving. I’m still going out every day but at this point I’ve missed a couple more days because of dangerous roads (even with snow tires my Smartcar isn’t great on the freeway if the roads are slippery).

That 35 days in a row taught me a lot about what I’m actually capable of and it was so helpful for my motivation. Things were getting done on a regular basis including getting Katai her supplements, treating her feet for thrush, grooming her and cleaning up her back legs when she was in heat, and of course getting her meds. Then, during this, when she had her abscess I was out every day to give her bute, check on her, make sure she was safe and get a feeling for if she was improving or not. There have also been other things like asking other people to help give meds during snowy days and sticking with poulticing and wrapping her hind left foot despite the fact that she likes to try to kick me with that leg and didn’t like being doctored.

While this isn’t how I’ve wanted to spend the last few months I have learned a lot about myself, a lot about Katai, and have continued to build strong relationships with the other people at the barn because I’m seeing them all the time. Hopefully this will all pay off and now, over the next few weeks, I’ll be able to get back to a regular riding schedule. This ability to make it out every day has helped me figure out how to prioritize with a partner and has taught me the importance of going out when I can, even if I don’t want to, so that when I can’t go out it isn’t as big of impact.
at December 13, 2019