VCBH: Appreciating What You Have 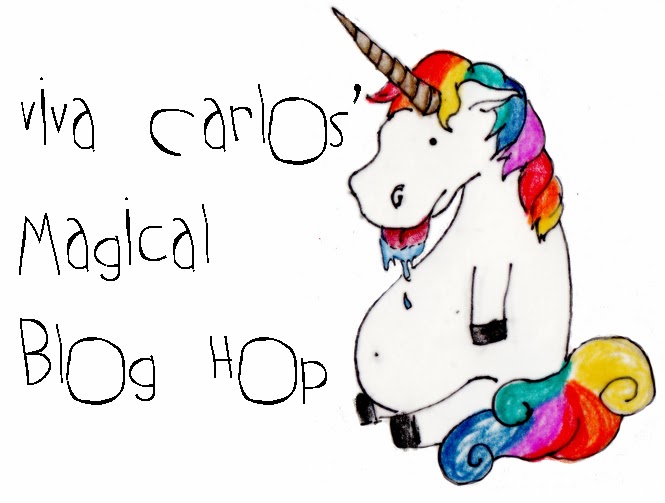 Let's take a moment to appreciate the Pros of our current ponies, whether you own them or just ride them in lessons.

Ok, so I don't know if this is a good thing or trouble but she has twice now flirted her way to the top. 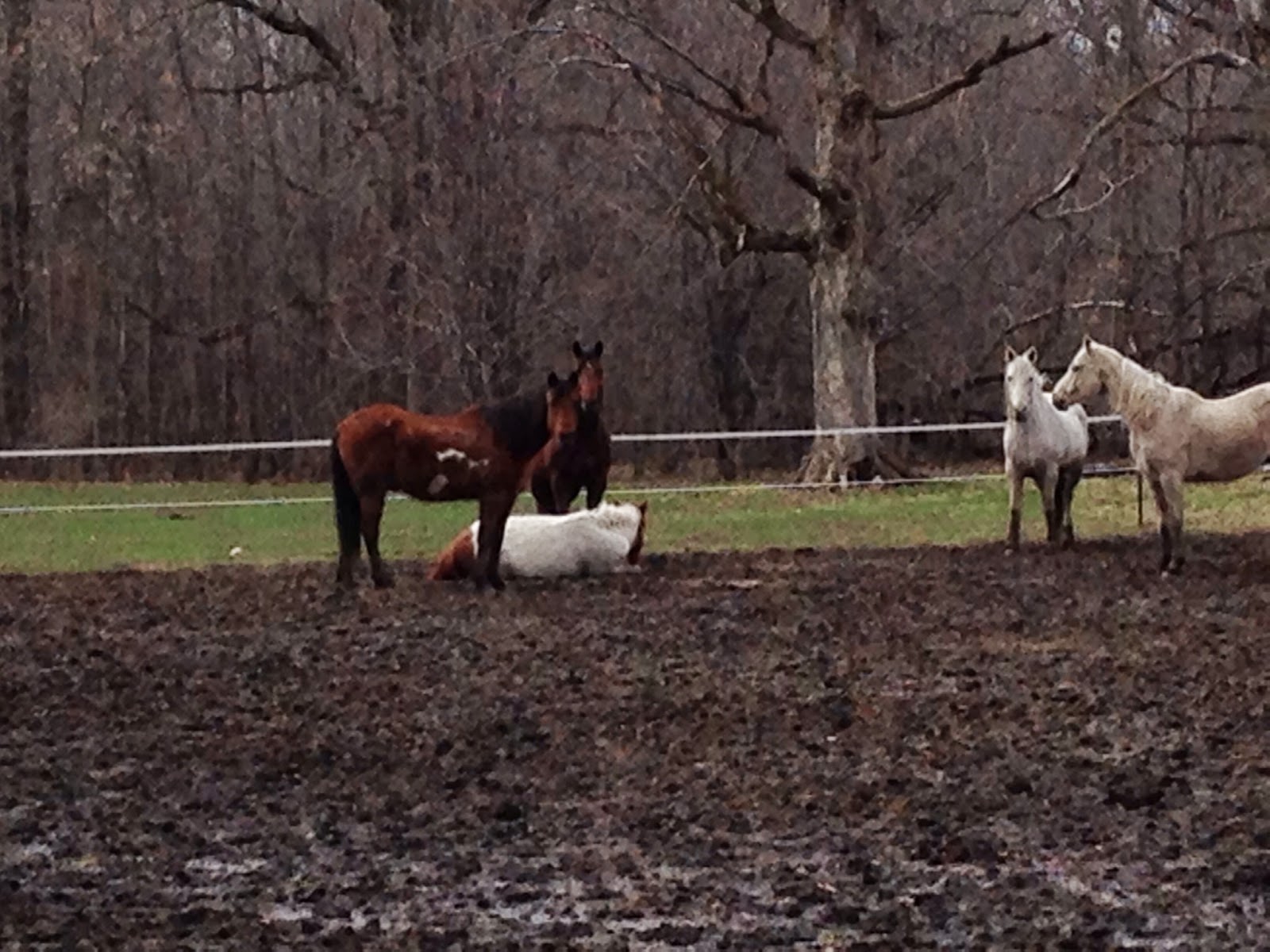 The bay gelding standing closer to the camera is Max and he was the herd boss when Katai was first moved into this field. She immedietly started flirting with him and as soon as she became "his girl" she got to eat first, drink first, and had constant protection. (Note the other mares looking longingly from afar) The bay gelding standing further away from the camera is the current herd boss and he is so smitten with her now that he will literally clear the way for her. Like a guy putting his coat over a puddle so the girl won't get her shoes dirty. The white blob laying between them is, of course, Katai being watched over by her two men.

Katai rarely every spooks at anything and while she does sometimes look its very relaxed and often she will even travel towards the thing that she is looking at.

Right now with spring hormones she's been a little clingy and frustrating to deal with but I keep reminding myself that she's never been herd bound and once the spring heat cycle is done with I'll have my adventure loving pony back. 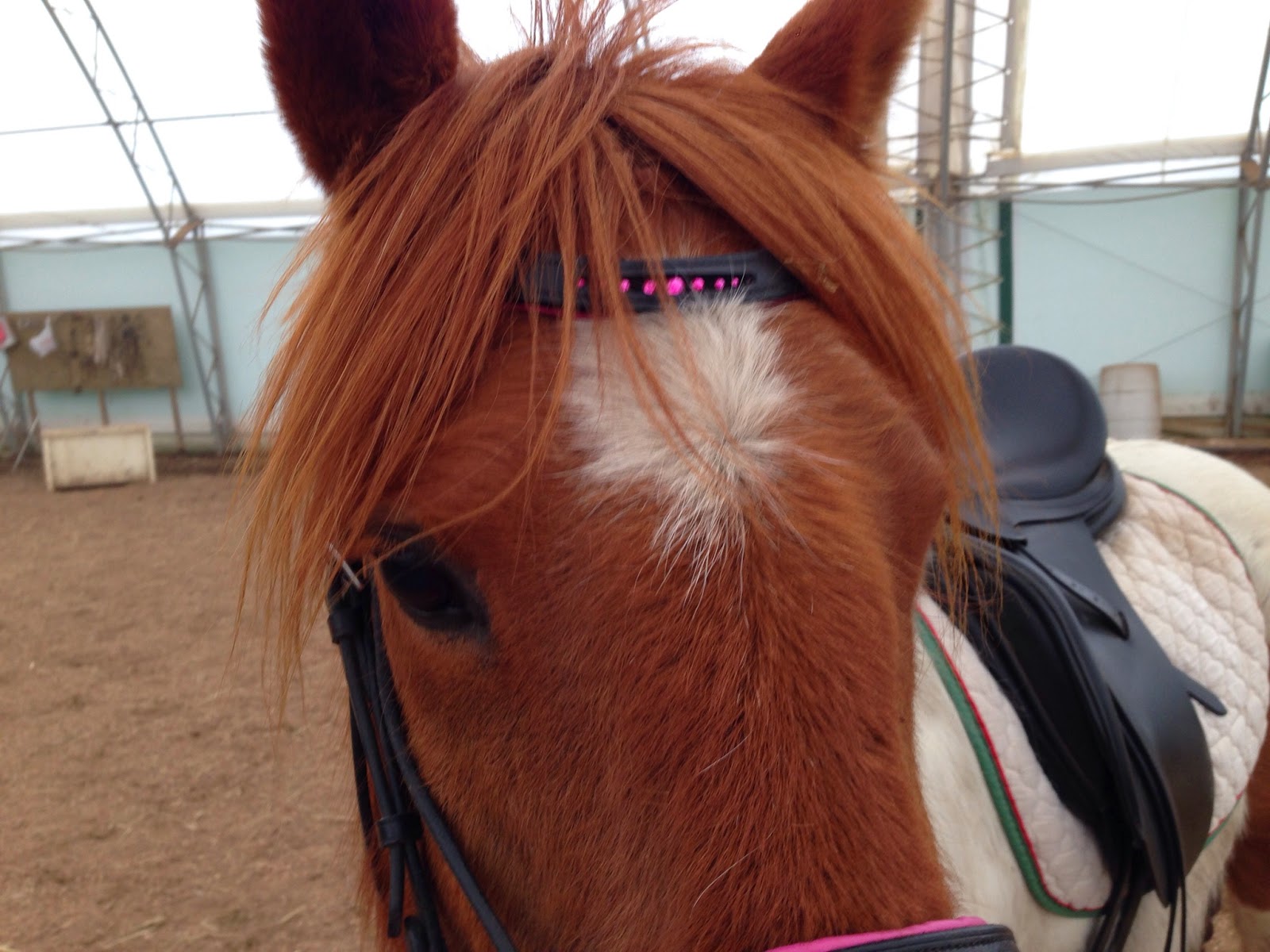 Is really quite good for a backyard mutt pony.

She is doing incredibly well. Today I was riding her like I've been told to ride in my lessons and guess what, it works! She was round and soft, I was able to give her the reins and have her stretch down. She is still being clingy with the boys but she listened and worked despite her misgivings about being by herself in the barn. 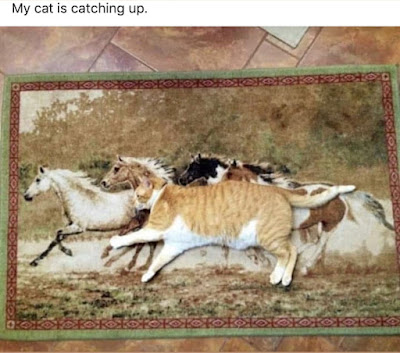