I got Katai on October 1, 2012 from an owner in Luck, WI. I was looking for another project pony to replace Myshla, a 13 hand pony that I was working to find a kid for, and as my next dressage prospect. I found her ad on Horseclicks where she was listed for $400 with the following picture. 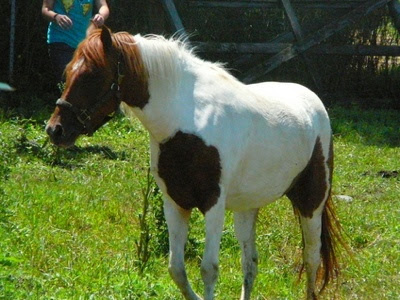 I looked at her a few times and kept talking myself out of it. After a few months when I searched and she came up again I saw it as a sign and went to see her. It was tough to be impressed since she was nearly feral and very resistant to being handled at all. The told me that she was 4-5 but I thought she was closer to 3. However, at the most recent visit the vet identified her as having a 2007 birthdate so that would be accurate. They also told me that her mom was a Haflinger and I have no reason to doubt it but I also don't necessarily see the resemblance.

I ended up trading a bunch of tack for her so she was basically "free". After taking two days to her loaded in a trailer I got her home and discovered that she'd nearly taken apart the inside of the trailer. She quickly made friends with Myshla but not with me and it took me nearly 2 years to be able to handle her well and nearly 4 until she was actually well mannered.

Soon after I brought her I found a great family for Myshla and I was back to one pony. I did a lot of training at this first place where I was renting a room and ended up with free board. It was a great set up where I only needed to buy the hay, grain, and supplies I needed and occasionally farm sit. I did a lot of ground work with Katai while we were here and started sitting on her but that's all the further we got before I moved and needed to move her as well.

Since I had bought her right during a period of change in my life I ended up moving her to a couple of different barns.

Finally, in early 2014, I was able to find a barn with a dressage instructor that I felt would be a good fit. I took lessons on a school horse for a couple of months and then moved Katai there. It would be both of our first experience with dressage lessons.

Unfortunately, as anyone who has read my earlier blog posts knows, this was not a good dressage instructor and she created a lot of tension and issues that I've had to since overcome. However, Katai developed a lot since prior to this barn I was riding maybe 1-2 times per week and was lucky if I was brave enough to canter her.

Eventually I realized that Katai was getting worse and worse and not better so I quickly picked up and moved her to a temporary barn that unfortunately didn't have a dressage instructor available. It was at this point that I found L (although more roundabout than that) and have been with her ever since. Katai has improved so much with L's amazing instruction as have I! 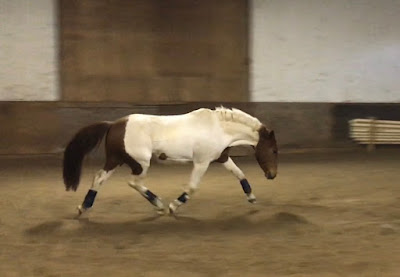 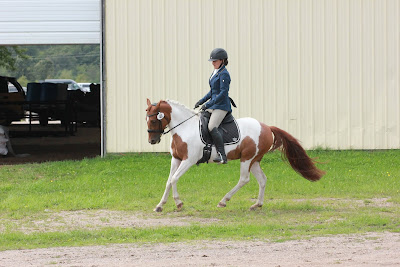