This weekend was amazing for me and my pony. I had, due to some unexpected changes last week, ended up with four rides in a row. I had ridden Thursday for drill team (short ride), Friday (dressage ride), Saturday (supposed to be a trail ride), and Sunday (for my lesson of course).

This whole week we've had unusually warm temperatures and the snow that we ended up had almost all melted. I had been hoping that this would mean that I could safely plan a trail ride on Saturday but I was warned by the BM that the slush and mud was making it slippery out so I went to the outdoor arena instead and was so glad that I did!

The arena had a thin coating of snow but with the warm temps the footing was still good and since pony was full of herself I was looking for any excuse to ask her to canter. She had to wait until I asked but once I did I had her canter pretty much until I could feel her tiring a little. Because of the snowy footing she had a great amount of jump in her canter and so I felt like I had wings.

I really wish someone had been available to take pictures or video because she had her little pastel quarter sheet on and with the snowy background it would have been so cute. 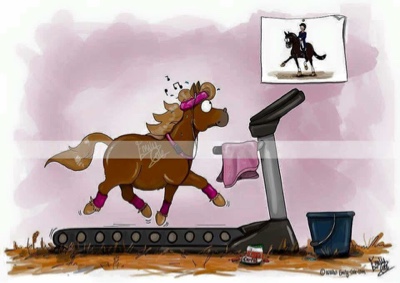 Then for my lesson on Sunday we rode inside since the footing was getting a little mushy. Katai was a little tired and muscle sore from all her cantering the day before but in true pony fashion decided that trying to run away with me would be her best way to get out of work. Instead she got pushed forward in a canter and had to keep cantering until it was my idea for her to quit. Then, just because she's sassy she decided when we switched directions that it would be a good idea to try that again.

This all occurred during our warm up so by the time that L started our lesson pony was already pretty tuckered out and thought that she really shouldn't have to work. She was behind my leg pretty much the whole ride, until work started getting tough later on and then she decided to start running away again, but it was ok because we spent more time working on me.

The last couple of lessons Katai has been going well enough that we've been working on leg yields on the quarter lines. Today we added canter transitions once we hit the wall to help me figure out how to get my body placed right. We would do the leg yield, one canter circle, back to the trot and then back down the center line to do the whole thing again!

This got her pretty jazzed up so it was back to the races but after her tiring day on Saturday and the amount of canter she did to start we cut her some slack and just ended a little early after one last good transition. 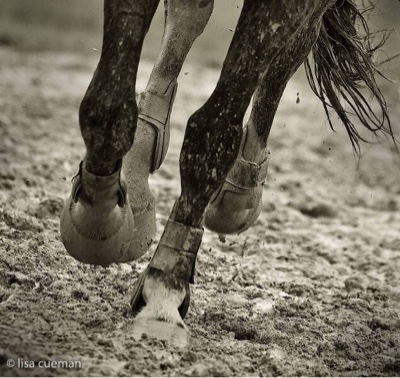 Overall I learned a lot and it was a great lesson. I've been holding with my inside hand and when I'm doing the leg yield especially I grab it rather than releasing it. Great homework for me this week! Katai is really getting broke and I'm able to do so much to influence her direction/speed/bend etc. that it's just fun to ride even if things don't all go perfectly :-)
at December 07, 2015 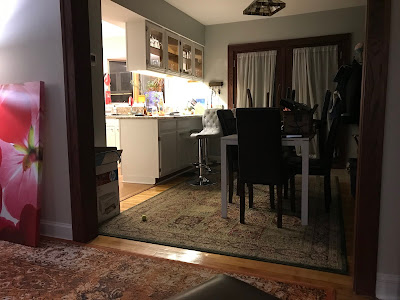