So the new barn is awesome, like really really awesome. 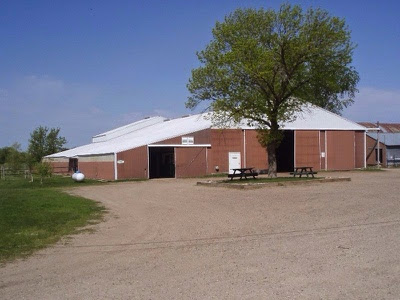 The barn she'll be in

The atmosphere is so different than my current barn with everyone smiling and welcoming me and enjoying the fact that I own a pony. The owner was accommodating about not feeding her grain (she owns ponies and understands the risk of founder) and we even agreed on a discount since I provide my own supplements with a little grain included to keep Katai happy.

I set up the tour thinking that there were two 10x10 stalls available which is smaller than I would like but for a 13.2 hand pony probably wouldn’t be too bad. However, I found out that one of the 10x12s (which have their own private tack lockers) had JUST opened up so I took that one instead. I also discovered that during the summer the horses only come in for their meals and are outside the rest of the time which is even better than I thought it would be. 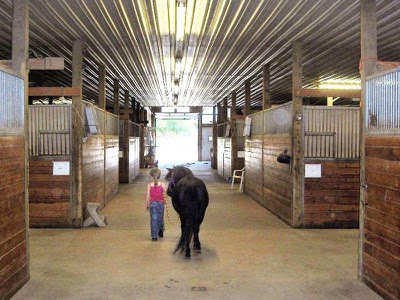 The other heated barn with attached heated arena :)

Stall board will be a huge adjustment for me. The most I’ve ever kept a horse in a stall before was during the night time on the most frigid days of the winter when with the wind chill it was close to -30 degrees. That was only a few days a year and only overnight. I’ve always felt that horses are healthier and happier when they get to be outside all the time but there are a few things that have been making rethink that idea.

One issue I’ve been having with pasture board is the lack of supplementation by the barn owner/staff. I’ve been managing but as much as I would like to I just can’t make it to the barn everyday and there is absolutely no way I can make it to the barn twice a day. When I can get there consistently 4-5 days a week it’s not too bad and at least she is getting the majority of her weekly amount. The problem is with weeks like this one where I planned on going out Sunday, Monday, Tuesday, and Wednesday but now we are getting dumped on with snow both today and Tuesday so I doubt I’ll make it out. That cuts the days she is getting supplements down to 2-3 and that’s just not enough especially with the huge difference in her when she doesn’t receive her supplements.

The other issue is blanketing. I work really, really hard to make sure she has the appropriate blanket on at the appropriate time and always make an extra trip to remove wet blankets but it is extremely tough sometimes. Again, on days like today when there is a huge snowstorm I just can’t always drive out there and risk my safety to check if her blanket is getting wet and the barn owner certainly won’t check. Stall board will fix this as although they won’t blanket her they will remove a wet blanket which is really the bigger concern at this point.

I really think this is a great opportunity for both of us and I’m looking forward to feeling like a “real” boarder! 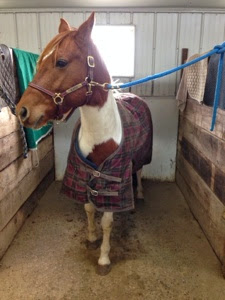 In other news my blanket system is working great. She’s been wearing the 100 gram for a while now and I ordered the 200 gram last week. It’s supposed to get here today just in time for the colder weather, we are supposed to have lows in the single digits this week. I also ordered two bridle tags, one that says 100 gram and one that says 200 gram to attach to the liners so that I can keep track.

Pony is going to be cozy AND styling and, really, what more could any girl want :-)